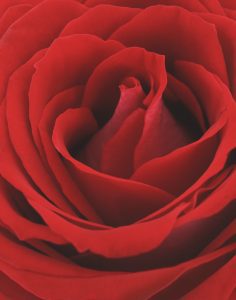 …the risk to remain closed in a bud…

What I’m about to tell you is going to seem strange and maybe even impossible, but it is the truth. I wrote the quote, “And the day came when the risk to remain closed in a bud became more painful that the risk it took to blossom.”

I wrote it in 1979. I was Director of Public Relations for John F. Kennedy University in Orinda. One of my responsibilities was to write, edit, and publish the class schedule which included events, news, and class information for the up-coming quarter. The target market for the university was and still is, adults going back to school. Every quarter I came up with a theme meant to inspire and motivate.

I believe it was January when I started on the spring schedule. Up against a deadline, I quickly jotted down the line, and shared it by my colleague, Jerry Skibbins, Vice President of Development. He liked it so we ran with it. Consequently it went out to thousands of households in the East Bay. We also published a poster and put it on BART trains. This was a very wide distribution. As far as I know, attribution was given to the artists who illustrated the designs, but I never thought to attribute myself regarding the poem. My name appeared only as “Editor.”

Another wrinkle: at the time I was using my nickname, “Lassie” as well as my first husband’s last name, Benton. I was known as Lassie Benton. Since then I gave up the nickname to use my given name, Elizabeth, and remarried Allen Appell, hence Elizabeth Appell.

From the beginning the school got a huge response from the poem. I started seeing it woven into tapestries, and then printed on posters, cards and in books. At first the attribution was “Lassie Benton.” One afternoon I attended a calligraphy show at the San Francisco Library. There was the poem, but now the attribution was “Anonymous.” Sometime in the 80’s I found a card using the poem. I bought because it was attributed to Anais Nin. I wrote to the publisher of the card, but received no response. I just let it go.

Recently I gave a reading in Nevada City, California as a part of a women’s writing salon. The woman who read before me began her piece with the poem. I smiled. “What do you know, it still lives.” She was shocked when I told her I’d written it. She suggested I Google the poem to see that always it is attributed to Anais Nin. I did. I am astounded at how it has proliferated the internet, almost always attributed to Anais Nin.

I say almost because I found Cathi Hull, http://www.cathihullcoaching.com, a life coach in Arizona who uses the poem on her home page. There it is attributed to “Lassie Benton.” She tells me her web page went up in 2006, but she can’t remember where she found the poem.

Yesterday two of my friends brought me copies of their newly published books. Yes, in both books, up front, there it is. The poem. And of course it’s attributed to Anais.Nin. That pushed me over to take action.

I wrote the poem in 1979. I am the author of the poem. I am reclaiming it and I will call it RISK! I’m extremely grateful to my muse to have guided me to the writing of work that has touched so many people.

Filed Under: Uncategorized
← My Coming Out…
Desperately Seeking the New Story →

2 Responses to Anais Nin and I are in lock step