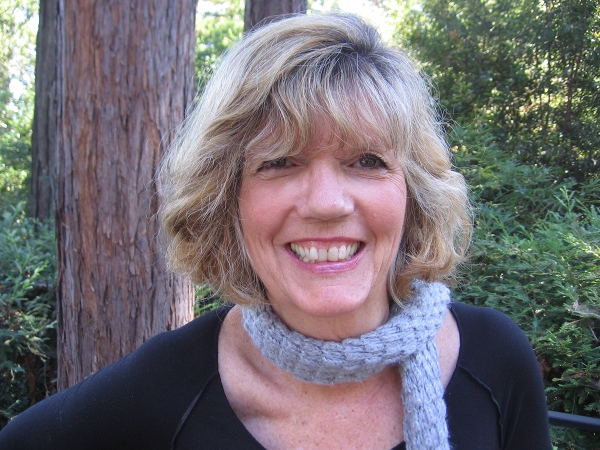 Elizabeth grew up in the Sacramento Valley. It seemed natural to place her debut novel Lessons from the Gypsy Camp in the small town in which she lived until she was sixteen. At that point she moved to Berkeley where she attended a girls school. The setting spawned another novel,  Elements of Betrayal, which she just completed.

Elizabeth and her colleague performs “La Lemon,” a pass designed for beginners.

She and her husband, Allen, have traveled extensively. When they visited Spain, she became enthralled with the spectacle of the bullfight.

Wanting to experience the thrill of the ring, she took a four-day intensive with Matador Dennis Borba. On the fourth day she attended a tiente, a bloodless event designed to test the courage of calves earmarked for breeding. Elizabeth entered the ring twice and fought two brave calves.

In the past two years she wrote and directed two short films, Easy Made Hard (easymadehardthemovie.com) and Warnings from the Bathtub (warningsfromthebathtub.com.) Both were invited to screen at over 20 festivals and both won bat Huston WorldFest.

“Film is the most delicious stew as it is a brew of image, music, language, and texture.” ~ Elizabeth 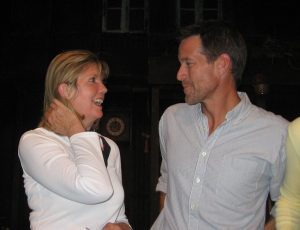 Elizabeth has written several award winning plays. Moon Walkers was given a directed stage reading by the Virtual Theatre Project in Los Angeles. James Denton (Desperate Housewives) played the lead and Heidi Mages played opposite him. The film script adapted from the play has placed in several competitions.

Virtual Theatre Company did a full production of her play Confessions of a Catholic Child, staring Sandra Ellis Lafferty (Walk the Line, The Hunger Games) and Heidi Mages, (The Inevitable Undoing of Jay Brooks.)

Second only to her children and grandchildren, she loves to write stories.